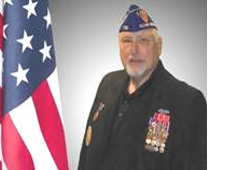 Lieutenant Colonel Dennis Foggy: U.S. Army 1966-1992. LTC Foggy was awarded Purple Heart with one Oak Leaf Cluster for his injuries sustained during the Vietnam War. Lt. Dennis Foggy enlisted in the United States Army in July 1966. During his tour of duty in Vietnam he was wounded by shrapnel and nominated for valor. Then he was wounded a second time and was once again nominated for valor. He wears the Purple Heart with one Oak Leaf Cluster. LTC Foggy served in many capacities before retiring from the Army in September 1992 at Hulbert Field, Florida. 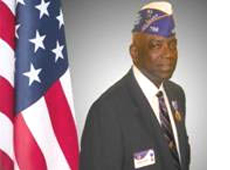 Colonel Washington J. Sanchez, Jr.: U.S. Army 1964-1991. Colonel Sanchez was awarded Purple Heart during his service in the Vietnam War. He was commissioned in the Army through FAMU’s ROTC Program. The majority of his 27-plus years were served in the Field Artillery as a troop commander from company to brigade levels. In November 1965 he was wounded while serving as a Forward Observer Airborne/Airmobile Company of the First Cavalry Division. Some of his non-troop assignments included working in Intelligence, Research and Development. He retired from the Army in 1991. 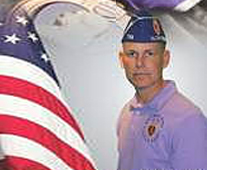 Corporal Jason Shawn Hewitt: U.S. Marine Corps 1992-1994; National Guard 2005-Present. Corporal Hewitt was awarded the Purple Heart for injuries sustained in Afghanistan and Iraq when his vehicle was hit by an Improvised Explosive Device. He joined the Marine Corps following high school graduation. Following his discharge after 4 years he served as a Deputy Sheriff for almost 10 years. After 9/11 he joined the GAR NG, 48th Infantry Brigade Combat Team, 1-121st Infantry and served a tour in Iraq from 2005-2006. ———————————————————————— 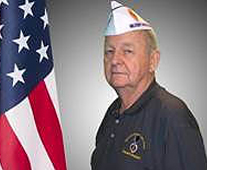 Lieutenant Colonel Jim Holland: U.S. Army 1965-1989. LTC Holland was awarded Purple Heart with one Oak Leaf Cluster for mortar and grenade fragment wounds during the Vietnam War. Early in the Battle of Bong Trang, LTC Holland was wounded by Viet Cong mortar fire while leading an assault on a trench line. He remained with his platoon despite his wound. For six hours the company fought alone while taking heavy casualties. Sixty five soldiers were wounded and thirteen were killed in action. LTC Holland was wounded a second time in Vietnam by grenade fragments. LTC Holland retired from the Army in 1989. 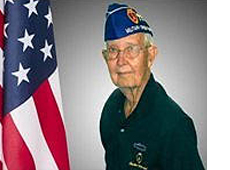 Staff Sergeant William Curtis Smith: U.S. Army 1943-1945. SSGT Smith was awarded the Purple Heart with Clusters for loss of hearing in his left ear, a broken left arm and severe head concussion inflicted from a rocket attack in Italy. He enlisted in the U.S. Army at Camp Blanding, Florida in 1943. In November 1944 a rocket attack demolished the building where he was positioned, leaving him with a hearing deficit in his left ear, a broken left arm and a severe head concussion. SSG Smith’s valiant career continued as he received the Combat Infantry Badge and four Battle Stars for invasions in Africa, Sicily, Salarno and Anzio. 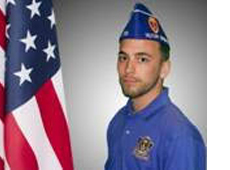 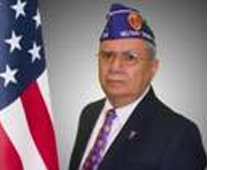 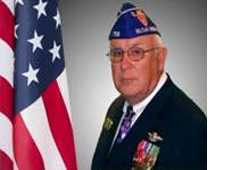 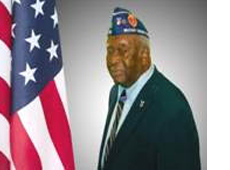 Master Sergeant David B. Greene: US Army 1950-1966. MSGT Greene was awarded the Purple Heart for wounds during the Korean and Vietnam Wars. He was drafted into the U.S. Army in 1950 while living in Detroit, Illinois. After attending training at Fort Campbell, Kentucky, Greene was assigned to K Company, 5th Infantry Regiment, 3rd Infantry Division in Korea where he was wounded the first time. MSGT Greene was then wounded again in Vietnam. He wears the Purple Heart Medal with one Oak Leaf Cluster. MSGT Greene spent a total of 26 years in the U.S. Army. 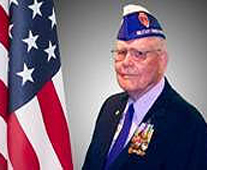 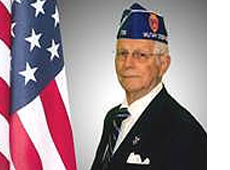 Hospitalman 2nd Class Jack Madden: U.S. Navy 1951-1955. HM2 Madden was awarded the Purple Heart for injuries inflicted from a mine explosion in South Korea. In March 1951 he joined the regular Navy and Corpsman School at Great Lakes as a result of his pre-service medical education. On May 24, 1952, HM2 Madden was sent on a patrol with “Easy” Company. On his way to provide medical aid to a wounded 2nd Lieutenant a mine exploded injuring him. He was rescued by a fellow marine. HM2 Madden was honorably discharged from the Navy in 1955.